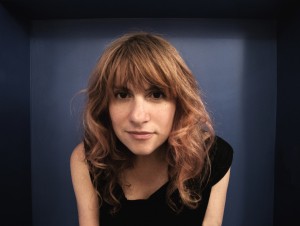 Rebecca Odes has been making stuff for females on the internets since the internets were wee. She cofounded gURL.com, the first major web site for teenage girls and a proto-social network. Then she went old school and published a bunch of books, including the bestselling sex/life guide DEAL WITH IT! and FROM THE HIPS, a guide to the life-altering person-to-parent transformation. She has also enjoyed an extended tour of the world of Mommy media, writing, blogging and consulting for Babble. When she is not making things on screens or paper, Rebecca might be making some art, or clothing, or rock music, or just doing her best not to make her husband, son and daughter miserable.
She lives in New York. 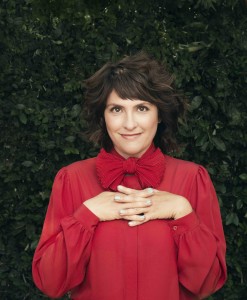 Jill Soloway is the creator of Amazon Studios’ TRANSPARENT, a dark, deep, silly family series about boundaries, love and secrets. Jill won the US Dramatic Directing Award at the 2013 Sundance Film Festival for her first feature, AFTERNOON DELIGHT, which was released by Cinedigm/Film Arcade. She recently founded WIFEY.TV, a channel/brand for women. Jill is a three-time Emmy nominee for her work writing and producing SIX FEET UNDER. She co-created the theater experiences REAL LIVE BRADY BUNCH, MISS VAGINA PAGEANT, HOLLYWOOD HELLHOUSE and SIT N SPIN, and co-founded the community organization EAST SIDE JEWS. She lives with her husband, two sons and two dogs in Silver Lake. 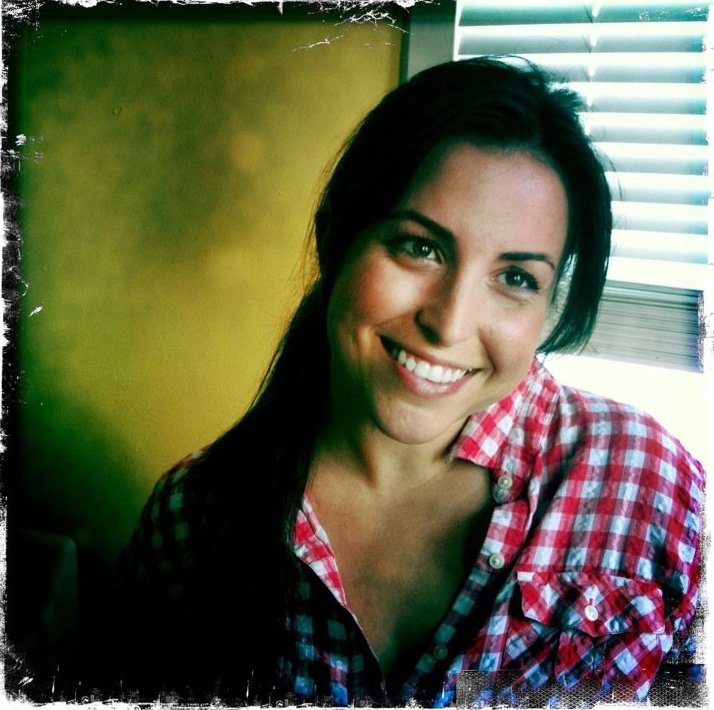 Corey Podell spent most of her life doing as she was told, nodding politely, and grouping her pens by color and type. She ignored the voice in her head that said she should write until it got so loud she was forced to stop organizing her closets long enough to listen. Since then, she’s become a member of the Groundlings comedy theater where she writes, performs and teaches on a regular basis. Corey also produces her own storytelling show, Taboo Tales, hosts it’s accompanying podcast, and still loves to organize anything and everything.
Elisa Kreisinger 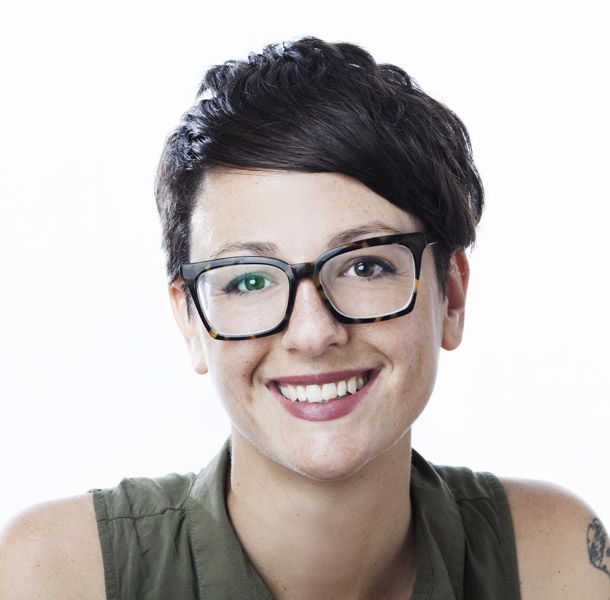 Elisa (aka Pop Culture Pirate) is a Brooklyn-based video artist hacking pop culture, mashing up Mad Men into feminists and The Real Housewives into lesbians. She speaks around the world on the power of remaking pop culture and making socially conscious viral video. Her 2012 US Copyright Office testimony helped win crucial exemptions to the Digital Millennium Copyright Act, decriminalizing DVD ripping for artistic statements and encouraging artists to use pop culture for comment and critique.
ARABELLA ANDERSON 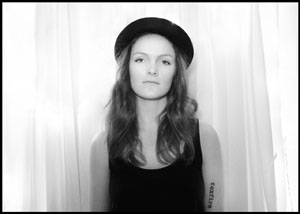 Arabella Anderson is a rambling, motorcycling, palm-reading, writer/wayfarer held down in the vortex known as Los Angeles. When not igniting a feminist revolution in the form of funny videos on Wifey, she enjoys pastiching and memoir-ing on Thought Catalog, gathering her somber writer gal-pals on Naughty Ghost, and directing music videos, as well as spending quality time with her personal drag queen — a cat named Isis.
Gwen Smith 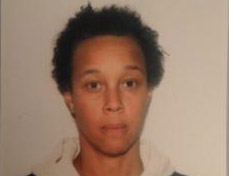 Even though Gwen Smith is not officially married she most certainly epitomizes “Wifey”. Proud Mother and author of her blog motherloverartist.com Gwen has been writing a novel with photos of found text since way before instagram was hip (gwensmith.tumblr.com) (gwendogram). Miss Smith believes in letting things happen organically and she is compelled by the lattice of coincidence that lays on top of everything (to quote Repo Man).
Alli Magidsohn 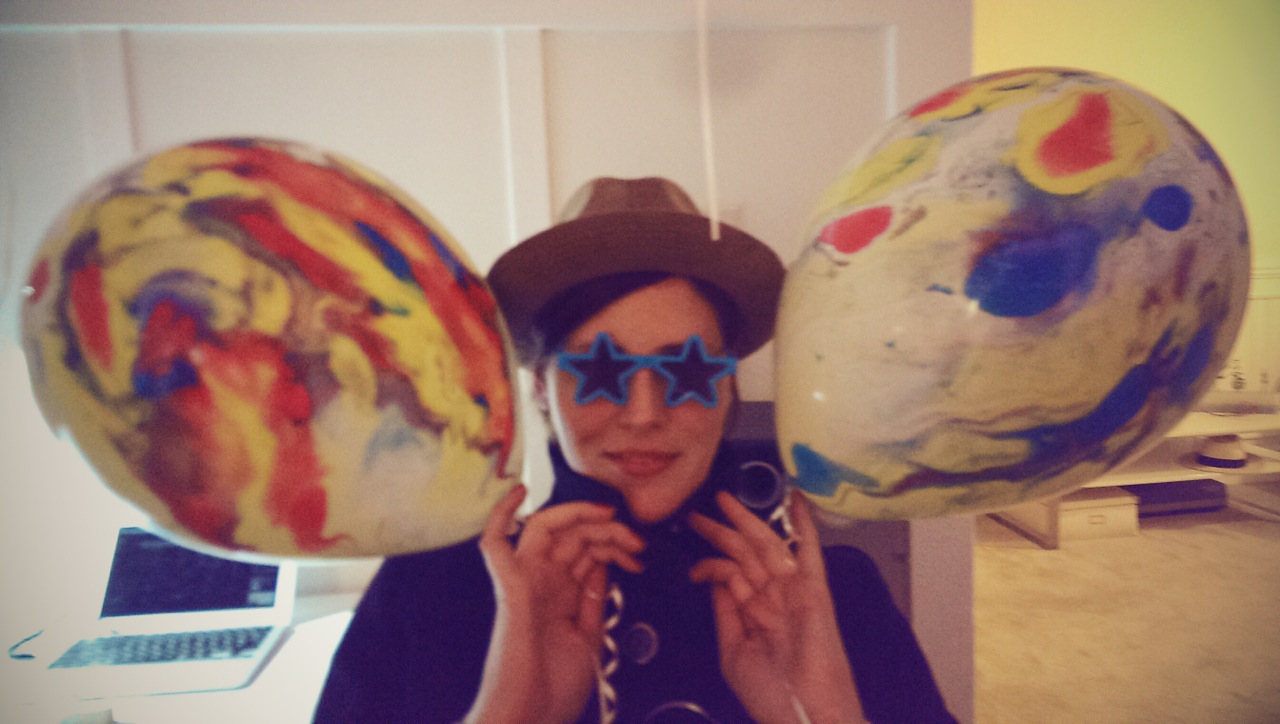 Alli works as a creative strategist and writer with early-stage start-ups and digital agencies, but when not on the clock, she’s an inspiration hunter, delighting in finding experiences, people and things infused with the extraordinary. She documents her journeys far and wide via @KindaHandy – and instagram account dedicated to her hand. www.allimagidsohn.com
Hye Yun Park 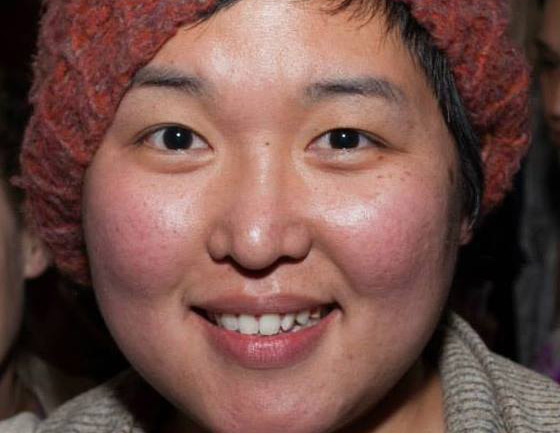 Hye Yun Park is a filmmaker based in New York. She has made some short films, which she wrote, directed and starred in. She calls herself the Korean Louis C.K. Her comedy web series ‘Hey Yun’ launched in November, 2013. She hails from the salty seas of Busan, Korea, and is a collector of abandoned broken toys. www.hyeyunpark.com.
Paris McGarry 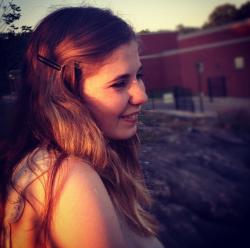 Paris McGarry is currently a film history and criticism student at Bard College in upstate New York. Her focuses are mostly in feminist and experimental film and video art. Growing up in Los Angeles with her filmmaker mother and television associate director grandmother, she has always had a strong female filmmaking perspective around her. Paris also makes videos and internet art that can be viewed at parismcgarry.tumblr.com.
Carol Rosenthal 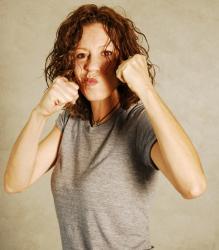 Carol Rosenthal’s diffuse sense of curiosity (read “short attention span”) has served her well — she’s been a regular on FOX’s sketch comedies “The Edge” and “In Living Color” in the 90′s, held positions in every realm of TV and film production and taught kids sketch comedy. She owns two ETSY stores (FOTOLYTE and MUSICHEAD), collects old building levels and slide viewers (and dust), spent a month with orphaned baby chimps in Africa, and still remembers her Bat Mitzvah torah portion. She lives in LA and loves her dog, Levi. And brisket.
Samara Halperin 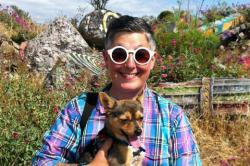 Samara Halperin’s short films and videos have been making audiences laugh, cry and scream in screenings from Australia to Saskatchewan since 1989. Samara is from New York City and lives in Oakland, California, admiring palm trees, making movies and teaching film and video making at Mills College. Samara is currently working on “West of the Wonder Wheel,” the sequel to award winning animated film, “Tumbleweed Town.” Samara’s work has been featured on LOGO Television’s “The Click List, Best In Short Film.”
Mary Trunk 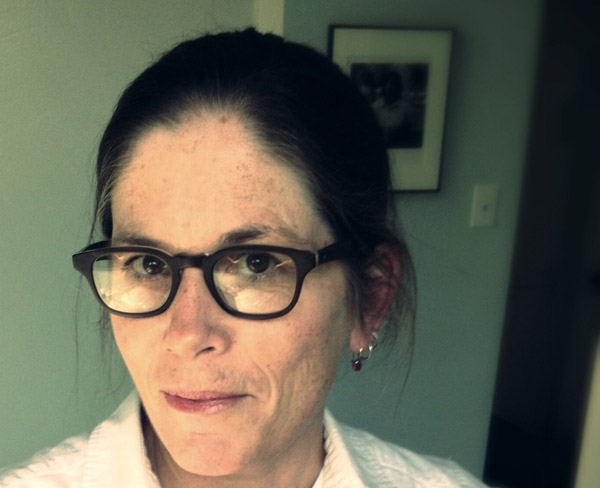 Mary Trunk started as a painter, became a dancer and choreographer and has been making films for almost 20 years. She spent seven years filming four mother/artists for her most recently completed documentary Lost In Living. She recorded births, female friendship, aging, career success and failure, divorce, parenting mistakes and triumphs, resentful children, dirty dishes and lots and lots of laundry. All centered around the tricky balance of family life and artistic expression. Her newest hybrid documentary project moves on to middle age and the desire to keep dancing in some form or another. Mary teaches film and video at Art Center College of Design and Loyola Marymount University in Los Angeles, CA. Find out more at www.maandpafilms.com.
Ashley Reese 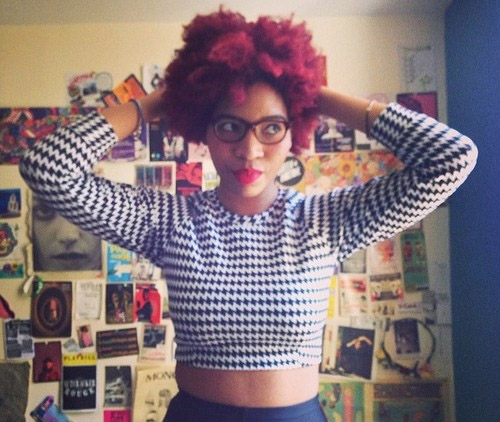 Ashley Reese is an editorial writer from LA and currently resides in NYC. She has a no-nonsense approach to issues of race, gender and the oh so messy intersection of the two and she loves to write (i.e. rant) about it. When she isn’t over analyzing Harry Potter on her Tumblr (offbeatorbit), she’s busy taking selfies, refreshing browser tabs, and eating. Next to writing and music, her biggest passion is hating mint chocolate. You can catch her articles over at Gurl.com and TheGloss.com!
Jenifer Strozier 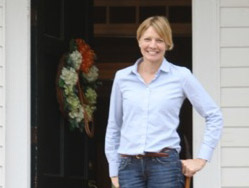 Jen Strozier is an oxymoron – Virginia home schooling liberal mama with California roots in her country ways and dark roots in her blonde haired head. Oh, and she’s got horses, so many horses, and some chicks and an occasional goat. She hunts for pretend on said horses, in a red jacket and black boots but the kind with the not actually killing anything, and she hunts on line for wifey prey in her pajamas to find things to share with you and yours.
Carly Ginsberg 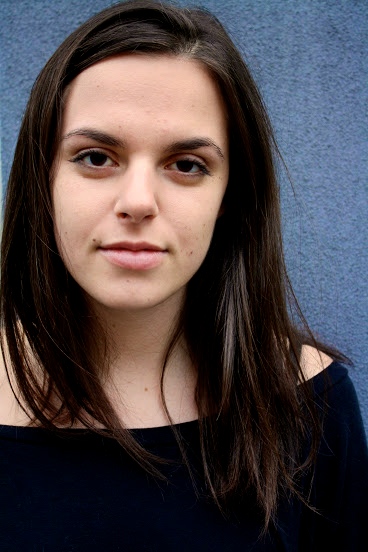 Carly is a radical educator, artist, and empathy enthusiast from Los Angeles, California. She will graduate from Barnard College of Columbia University this spring with a BA in English, concentrating in Theatre and Creative Writing. She’s not too keen on the way young girls are taught to think of themselves in our modern world, and hopes to ignite some change for all the future sister-wifeys out there!
Carly writes some stuff about education here and you can follow her on twitter @mscarlygins.
Matthew Epstein 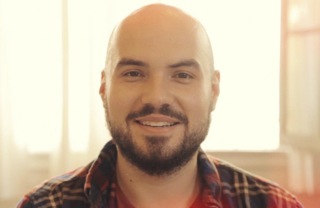 Matthew is an award-winning filmmaker and a proud, sex-positive man-feminist. His experience telling stories for the screen has included working with Marc Platt Productions, Overbrook Entertainment, and Rough House Television. As a director and producer he has earned multiple features on FunnyorDie.com and an ADDY award. His latest project, Cuddle Party, stars Michaela Watkins and Rob Huebel and is executive produced by Wifey.tv founding partner Jill Soloway. Most of all, he is a firm believer that Ian Kerner’s She Comes First should be required reading in high school Sex Ed.
Soshy Petroulas 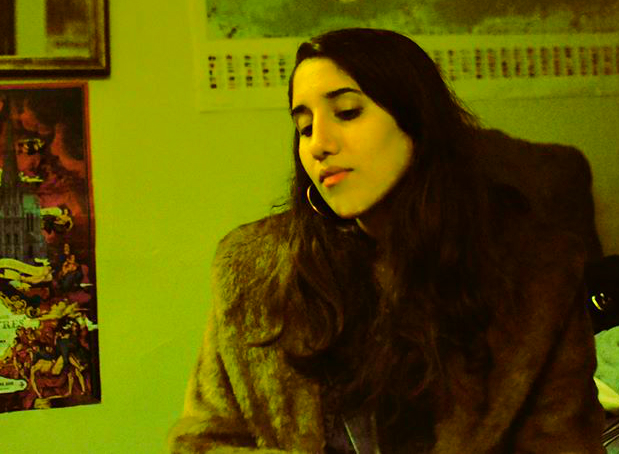 Soshy Petroulas is a student from NYC, currently majoring in Media Studies at Vassar College. She is interested in how women can be empowered (and empower each other) through artistic expression and exploring their own identities and individual narratives. She can usually be found thinking about how young women project versions of themselves in online spaces or making lists on her phone about video art ideas that she’ll (hopefully) one day get around to working on.